Not much new as usual 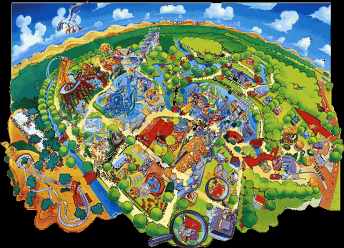 So yesterday i went to an amusement park which also had a indoor pool. On that day it was the first time i went swimming as a girl. As always, i’ll write a more detailed version in the paragraphs below.

I woke up at like 8.30 am. My dad wanted to start driving at 9 but that obviously wasn’t happening with me and my brother still half asleep. So I took a shower and put on some clothes. I didn’t put on makeup because we were going to swim anyway and i don’t own any waterproof makeup. Going without makeup felt kind of naked but eh, i also needed to learn to do stuff without makeup on i thought to myself. After packing my bikini and my purse we were done. It was about an hour drive.

Once there my dad showed his VIP tickets to one of the people there. My dad got those tickets because he made a deal of some sort with a insurance company at his work. Anyway, one girl there showed us the way to the VIP parking spots, which was pretty much the same as normal parking really. So we walked to the entrance of the amusement park and saw a stand with the insurance company name on it. After showing them the tickets, we all got a goodie bag which contained a lunch and something to drink.

So we went inside the park and my dad already got mad that he had to go find the lockers to put your stuff in alone (my mom was supposed to go with him). My brother and i went into one of the new rollercoasters. I had totally forgot the feeling of being on a rollercoaster because i hadn’t been on one in like two years. The rollercoaster had a pretty steep fall after climbing (nearly 90 degrees) so the feeling of those G-forces was something that caught me by surprise. Further on my brother, dad and i also went into another rollercoaster which was a lot more mild than the first one. My mom is still scared shitless to go into any rollercoaster at all.

After that we went into something called “the splash” which was an attraction where a boat crashed into the water from a certain height. There were two lines there and one was packed and the other one wasn’t. As my dad doesn’t like waiting we took the short line. Obviously we didn’t read the signs which told you that one boat didn’t have windows and the other one did. You can guess which boat had the biggest line. So after waiting for a bit we got into the windowless boat. We had to pull some kind of thing over our heads in the boat so we didn’t totally get wet. Once the boat crashed into the water we got simply said, pretty wet. My skinny jeans were soaked and water was dripping from my hair. One woman who sat in the back had it really bad, her whole outfit was wet.

Continuing on we went into some other attractions and walked through the park. My brother had read that there was some kind of show around 14.30 on his iphone. We decided that we wanted to go there, but there was still enough time to go into one attraction. My mom and my brother took the monorail and i went into something called the “mad mill”. The mad mill is some kind of swing that goes up and down but the seating area also rotates. After exiting the attraction i was a little dizzy and nauseous. Shortly after it was time for the show, but something was a little bit odd. Why weren’t there any people waiting in front of the show building we thought. It turned out my brother had read it wrong and the show only goes live in certain seasons. So we had waited for nothing.

As a last thing we wanted to go into an attraction with a toboggan in a tube. When we arrived there was already a pretty long line but we decided to go anyway. In the end we waited for over an hour for our turn. The ride was like a minute long so was waiting that long worth it, i don’t know. It was almost 16:30 so we decided to go swimming in the indoor pool in the park to end the day with. So we went back to the car to get our swim stuff and then went into the swimming pool building.

Once there i went into one of the changing rooms with my mom. Luckily there was no group changing room for women, otherwise i think i wouldn’t have done it. I’m way too scared to change in front of other women, because you know, genitals and all. I brought my swim short (because you’d see a little bulge if i were to wear a bikini bottom) and my bikini top and put them on. I have to say i did feel self concious about my body when i wore my bikini. After everyone was done changing we went into the pool. The pool itself was pretty big, with lots of stuff to do (tubes, water fountains, wave pool etc). My brother and my dad split up with my mom and i because we wanted to do different stuff. We went into most of the tubes and relaxed in the wave pool. I didn’t want to go into more of the “extreme” tubes and things because i was wearing my lenses. I chose not to wear my glasses because i still haven’t bought a new one (mine still look male). After spending almost three hours in the pool we went to the restaurant upstairs and ordered some fries and stuff. After that we put our clothes on again and wanted to go home. Sadly, i did lose my favorite belt somewhere in the changing room, i just forgot to take it with me. We were all pretty tired from this day so my dad drove us home.

There also was something that surprised me on this day. While walking through the park, nobody really stared or even looked at me weird. Except one turkish woman, who wasn’t quite sure what gender i was i believe. Even the women at the restrooms didn’t bat an eye. I find it kind of weird, because i see myself as fairly male without my makeup on. So did i pass or was it something else? Who knows. In the pool however, i did notice more people looking at me a bit oddly. I know i’m quite the odd one out when every girl there is wearing bikini bottoms and has enough boobage to make nobody question that they’re girls. Since my boobs aren’t fully developed yet it looks different, especially for a girl my age. Anyway, i’m kind of proud of myself that i had the courage to show myself in a bikini while i’m still very much in transition. In the end, i think i learned a lot of todays happenings.

What i was wearing to the pool 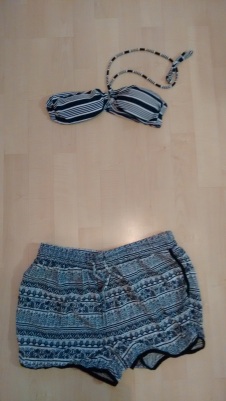 Extremely late, but i had lots of college stuff to do.